Petrol bombs have been thrown at our Orange Hall in Belfast.

The attack happened here, Belfast Orange Hall, at Clifton Street, near Carisle Circus this evening.
Four petrol bombs were thrown at the building while about 50 Orangemen attended a meeting inside. No-one was injured and damage was superficial.

A spokesman said:
“Only last week we removed the protective cage from around the hall as a step of faith. However it has only taken a week for people to attack our hall and risk people’s lives. This is very clearly an attempt to create tension in the community. We would appeal for people to remain calm and allow the police to carry out an investigation and find the culprits. Anyone who saw anything suspicious in the area should contact the police immediately.”
- Tuesday, March 31, 2009 No comments: Links to this post

Orangemen from County Antrim are to raise money for the benevolent associations connected to the two soldiers and the police officer murdered a few weeks ago.

Members of Randalstown District LOL 22 are to hold a coffee morning in Randalstown Memorial Orange Hall this Saturday, April 4 between 10am and 1pm.

A spokesman said:
“The whole community was shocked at the recent violence which claimed the lives of Sappers Mark Quinsey and Patrick Azimkar, and PSNI constable Stephen Carroll. We wanted to let their colleagues know that we appreciate their service to the community and we thought the best way to do this was to raise funds for the benevolent associations, which help to support widows and families, the injured and disabled.
“We hope that the local community will give strong support to the work of the associations.”
- Monday, March 30, 2009 No comments: Links to this post

The Grand Master of the Grand Orange Lodge of Ireland, Robert Saulters, has urged the Unionist and Protestant community to engage with the Historical Enquiries Team.

Speaking at an Orange Order function in Moneymore, Mr Saulters said the HET were carrying out a very important function in Northern Ireland.
He said:

“We have recently seen the debacle over the Eames-Bradley Report and their failure to understand the difference between the perpetrators and the victims of violence.

“There was also the offensive recommendation that the families of every single person who died in the Troubles should receive compensation. That recommendation made no distinction between the paramilitaries and the rest of our community.

“The Orange Order knows all about the grief caused by terrorism. More than 330 Orangemen died in the Troubles. Many of them were serving in the security forces at the time, some were going about their normal routine and some were even murdered while attending Orange meetings.

“One tenth of the people who died in the Troubles were Orangemen, so we believe we have a right to speak up on their behalf.

“Our Murdered Brethren Appeal has given us an insight into the trauma suffered by families and indeed by those who were terribly injured. Our research has shown that these families do not want blood money. They want people convicted for the murders of their loved ones and they also want to know the truth about what happened.

“Senior officers from the Grand Lodge have held very constructive talks with HET and we were impressed by their integrity and determination to report on the truth about how people who died.

“Members of the Unionist and Protestant community have been slow to engage fully with the HET and I would strongly urge them to be more positive about what they are trying to achieve and support them where possible.

“There are a number of high profile and incredibly expensive public inquiries taking place in Northern Ireland.

“HET has a very small budget in comparison to these inquiries but they have people who are determined to establish the truth about every death they investigate.

“There is a lot of talk about human rights at the moment. The families of our Orange brethren who were killed have the basic human right of knowing what happened on the day that changed their lives for ever.

“The work of HET will not bring back those who died but it will bring an understanding of the circumstances and may, in a small way, reduce the pain and suffering endured by so many families.

“We will continue to work with HET to ensure that there is a proper perspective on the history of the Troubles and I would personally encourage people in our community to do likewise.”
- Sunday, March 29, 2009 No comments: Links to this post

The Grand Orange Lodge of Ireland has condemned weekend attacks on Orange Halls in different parts of Northern Ireland.
There was an attempted arson attack on Ballykelly Orange Hall in Co. Londonderry and republican graffiti was painted on three Orange Halls and a Protestant Hall in the Gleneavey and Lisburn area of Co. Antrim.
A spokesman for Grand Lodge said:
“We are extremely saddened by this latest spate of attacks on our property right across Northern Ireland. We had hoped these sort of attacks and this form of intimidation had stopped.
“These halls are important buildings in their local communities and are used by a wide range of groups which include the Orange Order, local bands, church organisations and other cultural and community groups.
“Clearly there are people in the community who want to create tension and division by targetting these premises and our way of life.
“As we have said many times in the past, the only way to react to such sectarian attacks is to work with the police and ensure they get all the information they need to bring charges against the people responsible.“We would ask anyone who has the slightest information which could help the police, to get in touch with them immediately.”
- Monday, March 23, 2009 No comments: Links to this post

And The Official Launch Of The Association of Brethren in Arms

Royal York LOL 145 is hosting a variety concert and film screening to raise funds for the lodge.

A ballot will be held for prizes on the night. For more information please e-mail us on info@royalyork.org.uk 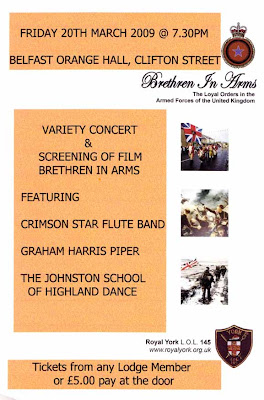 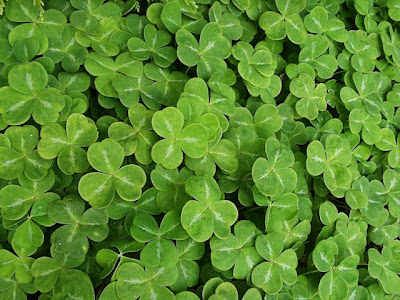 Senior officers of the Grand Orange Lodge of Ireland are to hold their first official meeting with a Government Minister from the Irish Republic on Tuesday, March 10.
Senior members of the Order will be in Dublin to discuss proposed cuts in grants to Protestant schools in the Republic.
The delegation will include the Grand Master, Robert Saulters, Grand Secretary, Drew Nelson, and senior officers from Donegal, Leitrim, Cavan and Monaghan.
They will meet the Education Minister Batt O’Keefe and have a separate meeting with the Fine Gael spokesman on Education, Brian Hayes.
“We are extremely concerned about the future of education for Protestant children in the Republic,” said Drew Nelson, Grand Secretary.
“Last autumn’s budget in the Republic proposed the removal of the Special Service support grant from Protestant fee paying schools. This is totally unacceptable and would have a major effect on the education of Protestant children.
“We will be making the point very clearly to the education minister, that the Protestant population want to play their part in civic society in the Irish Republic, but actions like this send out the wrong message to our community.“The Protestant population – particularly along the border counties –are isolated and vulnerable and there has been a tradition amongst them to keep their heads down, but this is an issue they feel obliged to highlight. The Orange Institution speaks for a great number of Protestant families and we feel it is our duty to speak up about these proposed cuts.”

There will also be a short talk given on Patrick by Gordon Lucy (Ulster Scoiety)
- Thursday, March 12, 2009 No comments: Links to this post


And The Official Launch Of The Association of Brethren in Arms

Royal York LOL 145 is hosting a variety concert and film screening to raise funds for the lodge.

A ballot will be held for prizes on the night. For more information please e-mail us on info@royalyork.org.uk

It is with great sadness that for the second time in two days we, the Officers and Brethren of L.O.L. 145, must express our condolences to a family of the victim of Republican violence.

Constable Stephen Paul Carroll's despicable murder on Monday night in the course of his duty, must be condemned by all those who value liberty and justice. His sacrifice for a normal society free from fear and injustice must not be in vane.
- Tuesday, March 10, 2009 No comments: Links to this post

Building on the success of their Ulster-Scots showcase concert 2 years ago, the Queen's Ulster-Scots Society are holding another concert next week marking St. Patricks day.

The concert is FREE and is being funded jointly by QUB and the Ulster-Scots Agency. All are welcome. Bring your friends and show them that Ulster-Scots culture is alive and well at The Queen's University!


This concert has been largly organised by the Deputy Master, and Chair of the Ulster-Scots Soc @ QUB, Bro. Andrew Charles, so your support would be greatly appreciated by LOL 145!
- Monday, March 09, 2009 No comments: Links to this post

The Worshipful Master, Officers and Brethren of Royal York L.O.L. 145 are united in our condemnation of the gun attack last night at Massereene Army Base in Antrim.

Our thoughts and prayers go out the bereaved of the 2 murder victims and to those who have been injured in this cowardly attack on Britain.
- Sunday, March 08, 2009 No comments: Links to this post 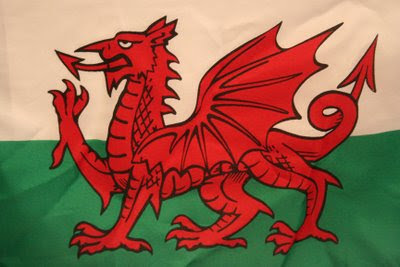