A LAMBEG DRUM FOR HEROES


The aim of the event is to raise funds for the charity HELP FOR HEROES which helps injured service men and women when they return from duty around the world.

The challenge is to follow in the steps of King William III, and carry a Lambeg Drum from his landing place at Brixham, Devon, all the way to the Boyne Heritage Centre at Drogheda. The first leg of the journey has been completed by members of London LOL 1689, taking the drum to Exeter, Portsmouth, The Houses of Parliment, London, Hereford, Manchester and Liverpool, raising funds at various functions and events along the way.


The next leg of the journey began last week when the drum was handed over to Glasgow LOL 162 at Carlisle. More fund raising will take place as the drum makes its way through Scotland to cross the Irish Sea and land at Carrickfergus on Friday, June 10 this year.


Members of LOL 423 will then, along with their Scottish and English brethren, make their way on foot all the way to the Boyne.

“It has been a major logistical exercise for the Orange Institution,” said David Watson of Banbridge Bible and Crown Defenders LOL 423.
“But the effort and planning has been worth it. We have received tremendous support from our Orange brethren, the length and breadth of the United Kingdom.
We have taken a lambeg drum to the top of Slieve Donard and Ben Nevis for charity, but this trip is really special.

“It is for an incredibly good cause – Help for Heroes – and we have been humbled by the response from the Orange Institution and the wider public. So far we have raised £25,000 but we hope that figure will go up much more.

“We can’t wait for the drum to arrive in Northern Ireland and begin its journey to the Boyne.”

Keep up to date with the latest news and follow the drums progress on Facebook page Drumming for Heroes.


If you would like to make a donation you can by sending cheques made payable to LOL 423 c/o
8 Victoria Street, Banbridge , Co. Down BT32 3DQ 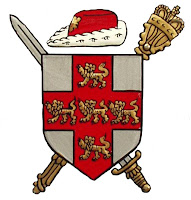