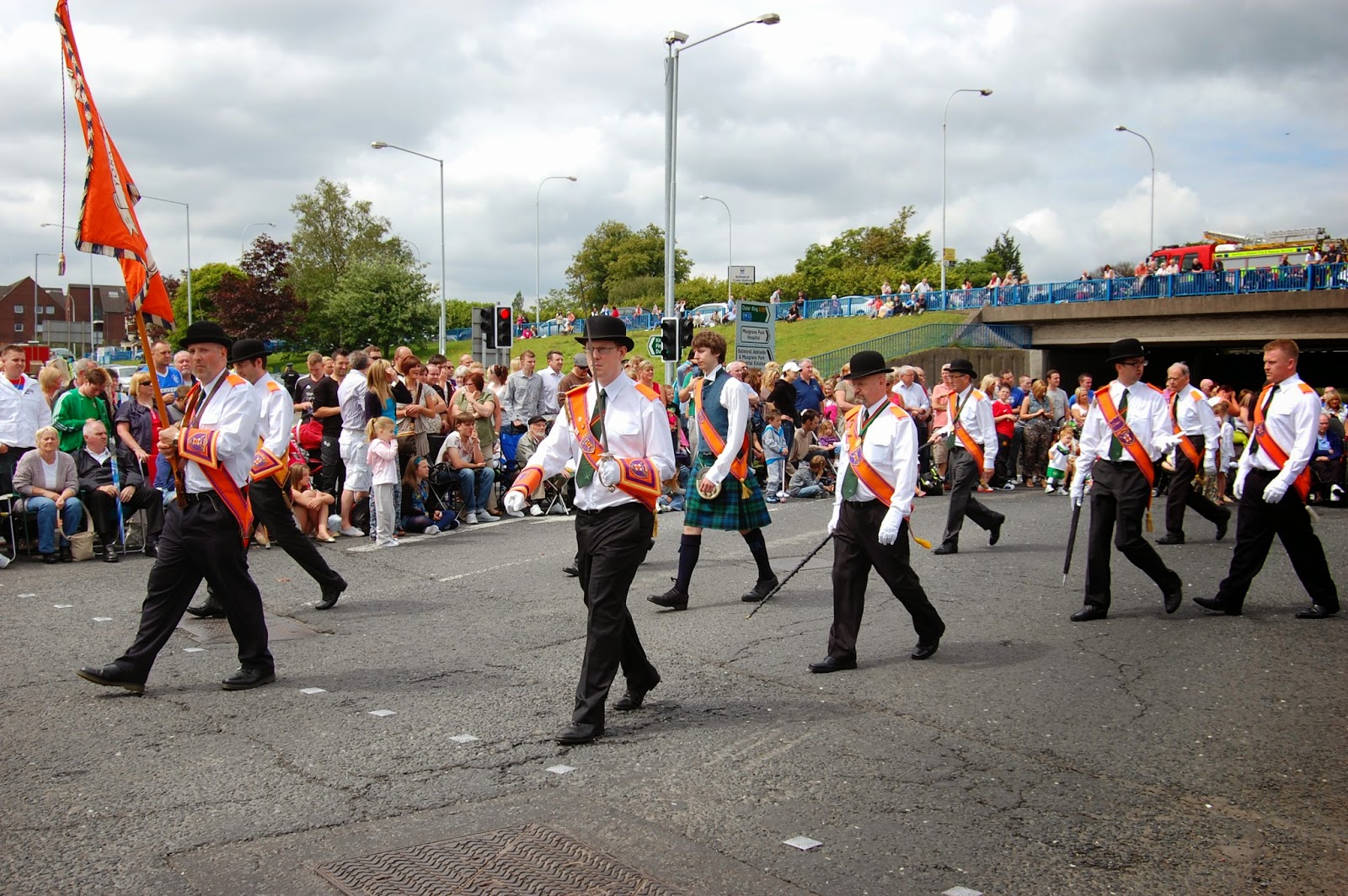 All brethren are requested to attend.


The usual Monthly Meeting of this Lodge was held on above date.  Bro. Edward Leathem WM presiding and Bro. Joseph Davison DM occupied the Vice Chair.

The Lodge was opened in due form, and a portion of Scripture having been read By Bro. Jas. A. Donnelly the minutes of previous meeting were read and passed.

A report of Lodge Committee Meeting held on Monday 30th ult., having been read,

The candidature of Messrs. Ritchie, Morgan, Gore, Cupples, Dobson & Thompson being approved of. Bro. Taylor pro. & Bro. Forsythe seconded that they be adopted….  Passed. and that of Mr. John Townsley Was held over for one month, as no report was given at the Committee Meeting.
Bro. Wm. Small. O.C. from L.O.L. 570 was passed subject to granting of Cert by “570”.

The report contained reference to the death of Bro Wm. Devlin and the Expression of sympathy by the DM Bro. Davison, was received with deep respect by the members of Committee then present.

Bro. Hodges pro. & Bro. Johnston Seconded that a letter of condolence & sympathy be sent to Mrs. Devlin, the WM in putting the proposal expressed his sincere sympathy with the Widow & Orphans and eulogised Bro. Devlin as a quiet, sincere and thorough going Orange-Man, the motion was passed, those present standing and in silence. Bro. Forsythe Pro. & Bro. Russell seconded that the action of our DM & Secretary forwarding a Wreath and inserting an Obituary Notice be approved of and that the accounts for same be paid. – Passed. It was also resolved that the Representatives to the Widows Fund make the necessary application and arrangements for securing the Annual Event to Mrs. Devlin and that the Secretary procure nomination papers for the election of whatever Children it was decided to nominate for the Enniskillen Orphan Society.

The Report from Committee of Annual Reunion was not forthcoming owing to non-return of Tickets and Cash.

The arrangements for Annual Excursion to Douglas on Tuesday 14th July next were now being proceeded with the Secretary having received instructions from Committee to do so on the pro. Of Bro. Josua Tougher seconded by Bro. John Forsythe.  The Secretary reported that he had that day made personal application for Steamer which would be confirmed by letter.

The WM also congratulated Bro. Samuel Dumican, an old member of this Lodge, who had been unable to attend for a number of years and was now reinstated.  Bro. Dumican thanked the Lodge for their kindness in reinstating him. Bro. Dumican then paid:-

A re. ballot for the Rev. John H. Moran by permission of the Co. Grand Lodge of Belfast was taken, the WM explaining the reasons thereof which were confirmed by Bro. John T. Harper & several brethren, a ballot box having been secured with the necessary Black & White beans, the members were requested to vote, the result being overwhelmingly against him, the WM declared the Ballot.  The Secretary was instructed to notify the Rev. John. H. Moran of the result and that he was no longer a member of The Loyal Orange Institution.

Bro. Hugh Tougher Pro & Bro. Wallace Linton seconded that Mr. Thomas Morror (Engineer) 14 Battenberg St., becomes a member of this Lodge and be placed on the books for the usual term & Report by Committee.

This concluded the business of this meeting, the Lodge being

Closed in due form.


God Save the King,