The Orange Order organised a special event, on Tuesday, September 21, to highlight the impact of terrorism on the Institution.

The United Nations has designated September 21 each year as International Day of Peace and the Grand Orange Lodge has organised a special event to brief opinion formers about the cost of terrorism.

“Our experience has shown that the Protestant community, for a variety of reasons, has been unwilling to publicly tell the story of terrorism’s impact on it over the decades. We believe it is important this story is both told and heard so that a healing process can take place and that a level of closure can be brought to bear.

“The future can only be built stronger if the pain and suffering of the innocent victims of terrorism is remembered, understood and appreciated.

“At the start of the Troubles, the Orange Order encouraged members to play their part in protecting the wider community by serving in the security forces. Unfortunately many paid the ultimate sacrifice.

“Others died while going about their daily lives and some were murdered because they were Orangemen.

“Almost one in ten of the people who lost their lives during the Troubles were in the Orange Institution and we believe this gives us an insight into how victims feel.

“Last year, we organised a tour of Co. Down and Co. Armagh, including a visit to Tullyvallen Orange Hall where five Orangemen were shot by republicans during a meeting.

“The people who took part in that tour were from all walks of life and from different organisations in Northern Ireland. They were moved by what they saw and found out and we thought it was appropriate this year to visit Co. Tyrone which also saw considerable violence.”


The bus tour visited several locations where Orangemen were murdered and those on the trip were able to meet families of the victims.

The visit included Killyman Orange Hall, which has a plaque commemorating 15 local Orangemen murdered during the Troubles. 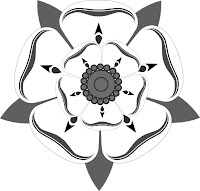